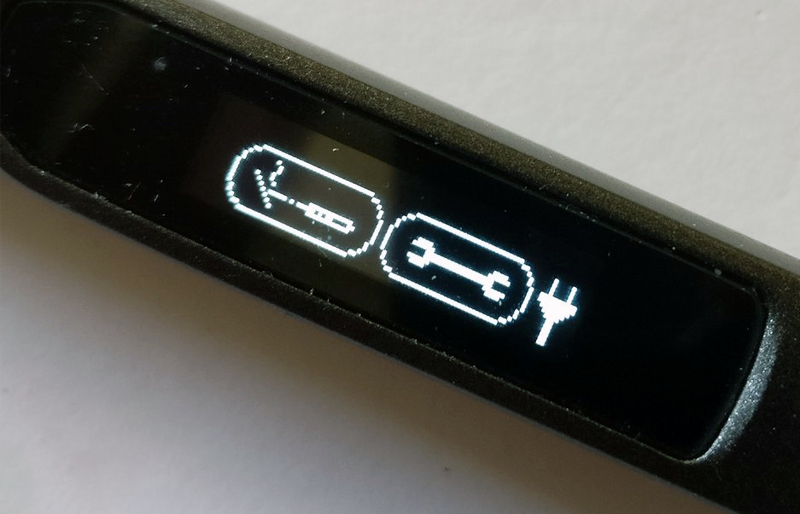 Iron OS brings to the TS100 portable all of the standard features of a ‘smart’ soldering iron, with lots of little extras and tweaks.

The TS100 is a portable, programmable soldering iron. It is only 31g in weight and 17cm long.

WARM A lot of people have been using this iron on 6S LiPo (up to 26.4V) without any problem, but do this at your own risk.

The voltage of a 5S Lithium polymer (LiPo) battery vary from about 15 when empty to 21 Volt when fully charged. 4S would also be feasible, but with the cost of losing power because of the lower voltage. This is why that choosing a 5S LiPo is the best choice to power this soldering iron.

Installing IronOS will get you some nice features and the possibility of setting the power source explicitly to a 5S battery. This way the soldering iron will not only show the current voltage in form of a battery symbol, but also cut off at a certain voltage level, to protect the battery.

Originally conceived as an alternative firmware for the TS100, this firmware has evolved into a complex soldering iron control firmware.

The firmware implements all of the standard features of a smart soldering iron, with lots of little extras and tweaks. I highly recommend reading the installation guide fully when installing on your iron. And after install just explore the settings menu.

For soldering irons that are designed to be powered by batteries, settings for a cutoff voltage for battery protection are supported.

WARN This firmware does NOT support the USB port while running for changing settings. This is done through the onscreen menu only. Logos are edited using the tool or python script and uploaded in DFU mode.