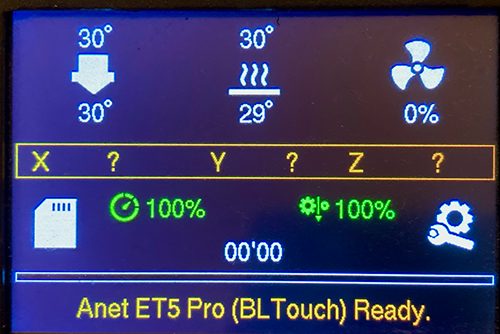 A BLTouch sensor will automate your 3D printer bed leveling. Read on to learn all you need to know about this sensor and it’s setup on your Anet ET4 ET4 pro ET5x and ET5 pro.

Firstly, you will need a suitable mount to attach the BLTouch sensor to your printer. 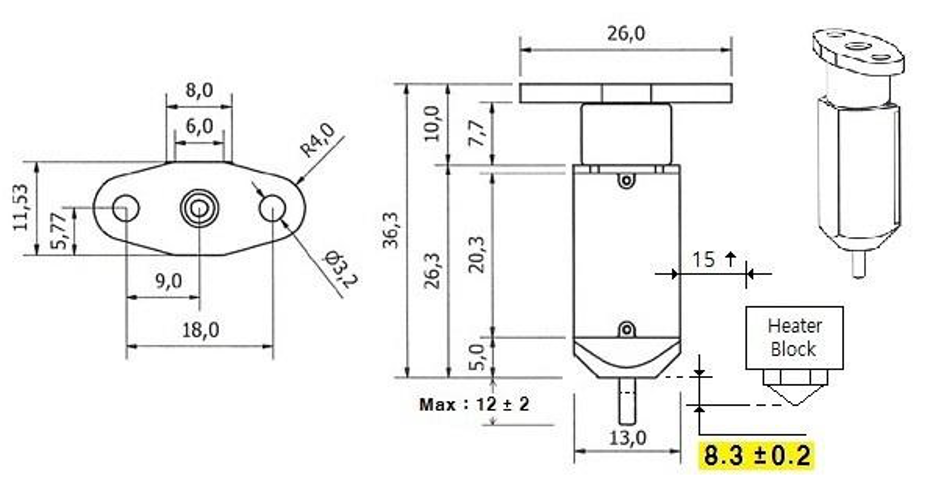 There is a lot of example on the internet. You can find the one I use here:

Here is a pic of our setup: 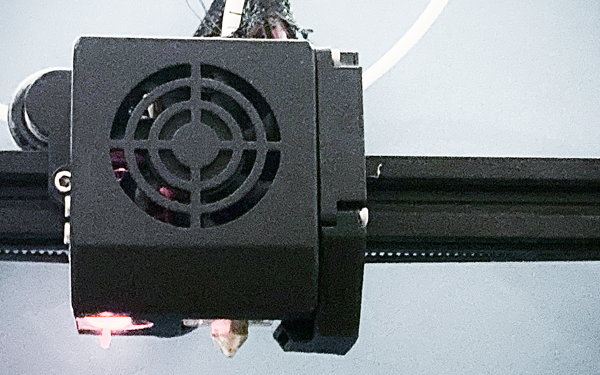 The BLTouch sensor has 5 wires: 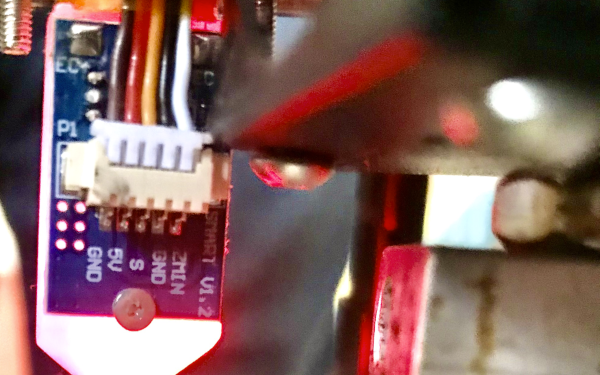 You will have to do a litle bit of soldering rework on the anet ET4/ET5 mother board in order to connect the BLTouch leveling sensor properly. The first thing to do is to remove the deboucing capacitor C37 and its compagnion resistor R40. Then you can connect the BLTouch S signal to the extension board. 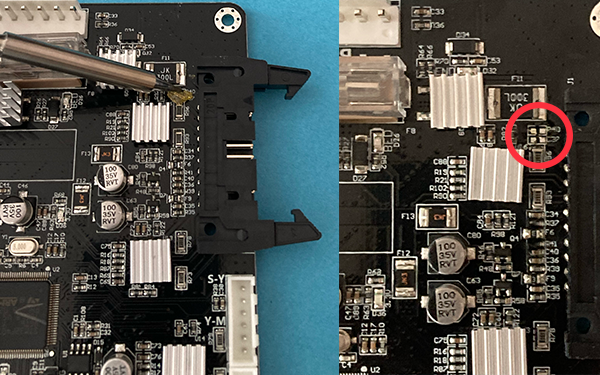 Once we have desoldered the resitor and capacitor, we need to wire all the things up.

There are two PCB models for this part, whose function is to expose pins from the 20 pin IDC wire to JST headers. 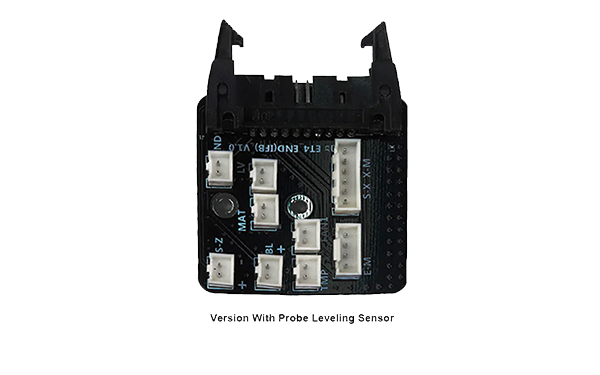 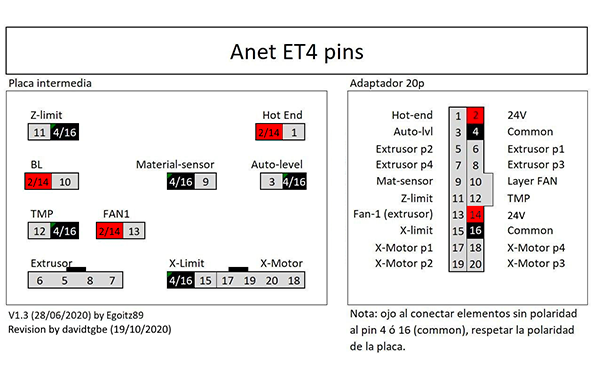 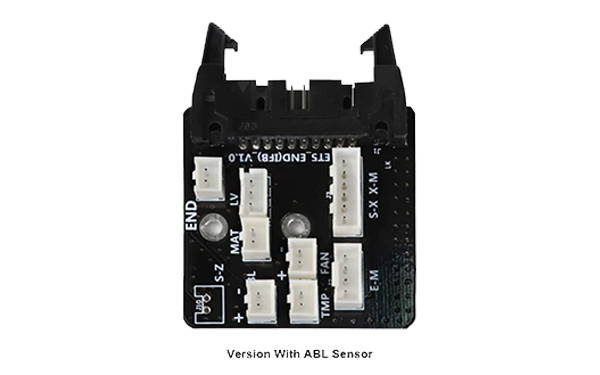 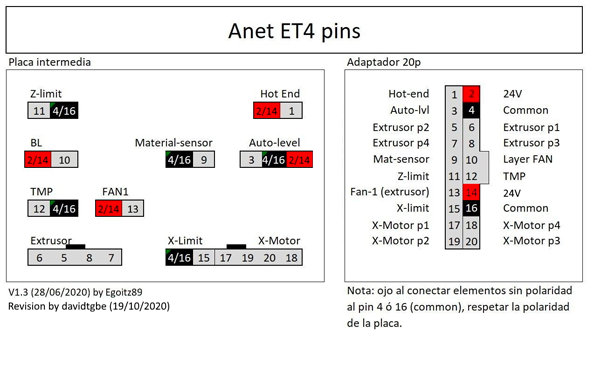 In order to simplify software update procedure you can use the OpenBLT Bootloader. OpenBLT is an open source bootloader for STM32 and other microcontroller targets. It enable you to update the Anet Firmware writing an update file on your SDcard.

You can get the bootloader binarie on the developper repo

Once that you have the bootloader, you need to flash it from address 0x08000000. This step needs to be performed just once, so, you can skip this step if you have already done so.

Unscrew the bottom shell off. Connecting the ST-Link V2 to relative cables according to below table. 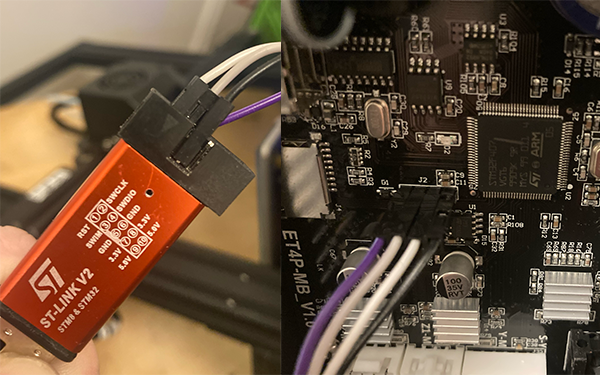 Now you are able to flash the bootloader on your motherboard

PlatformIO allows developer to compile the same code with different development platforms using the Only One Command platformio run. You can download an IDE version here. If like me you prefer a command line version, you can get it here.

Now that plateformIO is ready, a new Firmware supporting the 3D Touch must be flashed on the Anet ET4/ET5 board. This firmware is Marlin, an Open-Source firmware for various 3D Printers. First you must download the Marlin project source code:

The BLTouch needs changes made to the configuration.h file in the Marlin source code in order to handle the BLTouch sensor. The required changes are similar to how you would setup a mechanical servo sensor.

Here is the configuration we have made for our own printers, download them and move them to the Marlin/Marlin directory (same directory than the Marlin.ino file):

Now that Marlin is configured you can build the firmware using your favorite IDE or opening a termimal:

When the BLTouch is first powered up it does a self test - Starting with the pin up it them goes down/up 3 times and ends up the the LED on solid.

The BLTouch acts on the following gcode that can be used manually to diagnose faults etc but you don’t need to normally worry about them.

The BLTouch has two fonctional modes:

This process also assumes that the EEPROM has been enabled in Marlin. From the command window of Repetier Host or Octoprint Host. enter the following:

The LCD display should show Z = 0

ow place a 90g paper sheet under the nozzle and adjust the height of the Z axis: You have two options.

From the display menu

Now you can save the Z value and set the software endstops:

Thats it – you are ready to print.

If you find that you need to increase or decrease the gap then do:

NOTE: Remember the -1.4, -1.5 and -1.6 are just examples , yours will be different If your firmware isn’t setup to allow negative z movement (#define min_software_endstopsfalse) you will need to measure/estimate the negative value to enter with the M851 command.

Let’s now setup the printer according to the new configuration:

The BLTouch is very accurate and consistent after the initial setup but there are times when you might want to fine tune for example for different filament materials or bed types.

When the BLTouch starts up initially or starts a G28 homing sequence it extends its probe and if any obstruction is found it goes in to a flashing alarm mode. An obstruction could also be dirt on the pin restricting smooth movement, in that case just clean it. Raise the nozzle by either LCD menu or host software so the alarm won’t just happen again. Then there are 3 ways to reset the alarm: