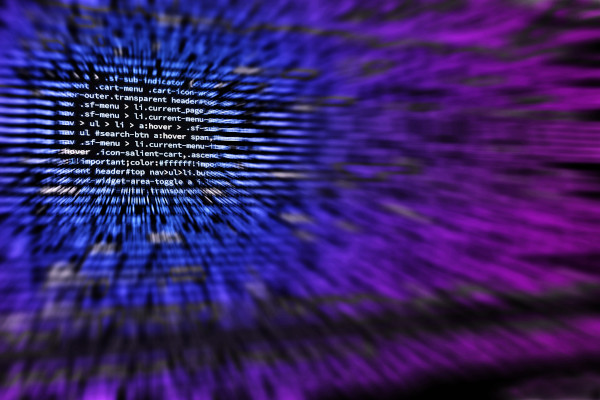 Scope of these HowTos

This HowTo is the first one of a set of blogposts targeting embedded systems hardening. These posts will talk about how to harden the embedded software, the way to use efficients mechanisms such as SSP, ROP protection, memory protection, and so on even in very small embedded systems.

This set of Howtos targets embedded systems, including small ones (ARMv7-m MPU-based, such as STM32 family) or even smaller, such as AVR cores. These devices are more widespread than we think, including IoT devices, various USB devices, home automatons, industrial control units, smart city IoT, etc. Nevertheless, for the sake of simplicity and reproducibility, code examples are written as POSIX code instead of bare metal code. However, it does not impact the rationale behind the examples and these are provided without a loss of generality.

NOTE: Though this post targets embedded systems, some of the hardening mechanisms described here can also be used in bigger ones, such as Linux-based. Only bare-metal related content is specific to small embedded ones. This is not the case of this blogpost

FIA (Fault Injection Attacks) are a class of hardware attacks which aim at corrupting the execution of a given running program in order to change its behavior in a way which helps the attacker.

The target of such an attack is usually the processor core. The software asset to be corrupted is:

NOTE: Here, we only talk about attacks targetting unsecure processor cores (i.e. not including Secure Elements). Some methods exist to harden attacks such as hardware readout protection check corruption, but these are out of the scope the current blogpost

One should notice that even with a code RTE free (RunTime Errors such as buffer overflows and so on), FIA allows to exploit new attack paths that could not be reached with pure software techniques.

Fault injection attacks can be made with various technologies. Some are expensive, other can be reproduced at low cost [4][5]. Low cost attacks are (almost) non-invasive ones. They usually require very few hardware modifications and preparation of the targeted chip. This is the case of:

Other hardware attacks require a huge preparation, such as chemical modifications (decaping and so on) of the chip in order to access the various IPs directly. This is the case of:

Impact on the embedded software

A successful fault injection attack on an embedded software allows to change the execution behavior in a way that was not considered by the developer. It may lead to a direct bypass of a security feature, or permits to initiate a hybrid attack, including successive FIA and software exploitation [2] when targetting hardened devices.

Here is a typical short example:

This (useless) code should always return 1, as the test variable is never updated. As test is not const, the compiler still considers it is a variable and reads it back from the memory (we suppose here that the code is compiled without optimizations using -O0). Without any options, the associated ARM assembly code generated by Debian stable gcc 8.3.0 for the check_test function is the following:

NOTE: The generated assembly code may vary between compilers and compilers version. Here, we specify the specific gcc version but the result can change even between packages of the same version in different GNU/Linux distributions

Reading the C and assembly code, we would imagine that a part of the code is dead, as the return false is never executed. This is the same in the generated assembly code, where instruction at offset 0x24 should never be executed. Though, what if, during the execution of cmp r3, #42, a power glitch makes the processor core invert the check? In such a case, the function may consider the branch if not equal as true, and modify its current execution branch.

Glitch fault injection on embedded systems is not that hard and can be done with few materials [5,2]. Though, there are various ways to harden the attacker’s path to an effective exploitation. First of all, what are the weaknesses of FIA?

Now that we are aware of the weaknesses of FIA, let’s start hardening our code.

Basically, branches are typical instructions that are targeted by FIA. They define the program execution flow, and are generated by the compiler for each if, switch/case and even loop statement of the initial C code. This is also the case in others languages.

Let’s harden a little our code:

Here, we consider the global variable critical_var. We want to securely check that its value is 42. In the previous piece of C code, we have modified the if statement by:

This would be considered as a redundant check, as the two boolean expression should respect the same truth table. Here, we successively check a boolean equality and difference. The generated assembly code with gcc without any options for check_test is the following:

We can see that the compiler makes two comparison on the variable value, succeeded by, at first a branch if not equal, and for the second comparison, a branch if equal. If the goto is replaced by a direct return statement, gcc, in its version 8.3 with no option, will generate two bne instructions.

Let’s now add a basic optimization flag: -O1. This flag makes some basic optimizations of the code, not including complex one such as advanced loop unrolling and so on. The generated assembly code for check_test is then the following:

Oops! No more double checks! The if statement is a basic cmp statement, with two conditional mov just after. We will talk about that below.

Some C historical considerations make some part of it weak to FIA by design. This is the case of the boolean handling. In C code, a boolean value is defined as:

Clearly, the invalid concept here is the true if any other value. Regarding fault injection attacks, a boolean variable can be translated from False to True without requiring to control the target register value corruption. Whatever the bit(s) which is (are) flipped, this is enough to semantically define a True value starting from a False one.

When attacking a storage area (register, etc.) the result is usually a small sequence of uncontrolled (yet reproducible with good probability) bit flips (bit inversion, from 0 to 1 or from 1 to 0).

The best way to harden a set of values (typically the boolean type) regarding such attacks is to define an enumerate type with the maximum number of inverted bit between them. Though, they must not be the exact invert (for e.g. 0b1010 for 0b0101): such a pattern is a perfect bit flip result.

The below code is typically a bad idea:

First of all, the passive if check considers any non-zero value for critical_flag as valid. In term of assembly code, this would generate a bne instruction, inverting the if statement to compare the flag with the #0 immediate value. This test is incorrect with regard to FIA as it does not check an effective non-zero value, making a fault injection trigger easy to reach.

We can harden a little the check:

Here the comparison to true is explicit. The compiler must compare the effective true value and can’t rely on a comparison on false. Yet, in the C language, true value is 1, making the Hamming distance between true and false equal to 1. This value is really small and can be corrupted more easily than more complex enumerated types.

Here is the binary representation of the secure_bool_t type:

What we see here is:

As this type is an explicitly defined enumerate type with explicit values, and while the control structure explicitly check each value, boolean operations based on this type will use 32-bits based, secured storage types, avoiding basic corruption of historical C booleans.

Fight against the compiler

In the previous sections, we have seen that:

There are various ways to avoid compilation problems when adding security-oriented code blocks:

All these ways are not mutually exclusive and all have their advantages and drawbacks.

This choice is globally not the good one. Replacing the overall C (or other language) code with assembly code is:

Compile the overall project with the -O0 flag

This solution works in the way that the compiler has no more ability to optimize a single line of code. Yet, as shown below, some optimization may happen even in this mode and the assembly code may drop some security features. Though, on the overall program execution, do all functions handle critical control flow? Moreover, compiling the overall program without any optimization highly increase its footprint, which is a real problem in embedded systems.

This can be done, though macros may be hard to write. A SECURE_IF() macro can’t be written easily as the preprocessing stage is not the good state for an if statement. As a consequence, injecting assembly code including control opcodes (typically branches) through preprocessing is complex and challenging.

Another way that could be used is to handle secure_if(), secure_case(), and so on API in a dedicated compilation unit. This unit would be compiled with no optimization and its API used in the others parts of the program.

We can then imagine a (basic) compilation unit like this:

Such a paradigm would only move the problem, as until we get back the result of the secure_if() hardened API, what do we do with it? Another comparison is done, which also needs to be hardened. Lots of code has been added, but a single unique fault injection is still efficient yielding in a single point of failure.

Let’s reduce the -O0 flag to the minimal unit we can. Modern compilers (gcc, llvm) support to push and pop compilation flags up to a function scope. It is then possible to reduce the impact of optimization loss to the critical functions by pushing and popping the dedicated flag.

This can by done with this bunch of preprocessing instructions:

Here we can deactivate optimization options for one (or more) functions in a given compilation unit without impacting the other parts of the program.

You’re welcome! This is the best idea, as the compiler would be able to handle properly the AST and flag the critical conditional instructions by generating supplementary assembly code. Though, this requires a lot of work, which should be, if you’re ready to start with it, easier with LLVM than with GCC. Such a work is a complex academic topic, specifically when formal proofs of generated code resistance against FIA fault models are expected.

Hardening embedded code against FIA is not an easy task but can be reasonably deployed in critical parts of secure embedded systems where fault injections attacks are in the attack surface scope. These basic mechanisms highly increase the attackers efforts, making single fault attacks poorly efficient without requiring advanced program schemes such as control flow integrity (CFI) mechanisms.

This HowTo stops here. In the next posts, we will discuss of the ways to use finite state automatons (FSA) and control flow integrity (CFI) designs and implementations in embedded systems to detect and react to fault injections.